This week, the Mulberry brand may be getting a major boost from Prince Harry’s girlfriend Meghan Markle, and an underrated Mansur Gavriel style suddenly finds itself in the hands of Gigi Hadid. And if you’ll make the journey with me through our usual slough of Hermès, Chanel and Céline bags, you’ll be rewarded with pics of Rihanna on a movie set!  Now, let’s take a look at below!

Has winter finally descended upon LA? Alessandra Ambrosio’s cozy-looking outfit implies that it might have. She’s carrying one of her two most highly preferred Birkins. 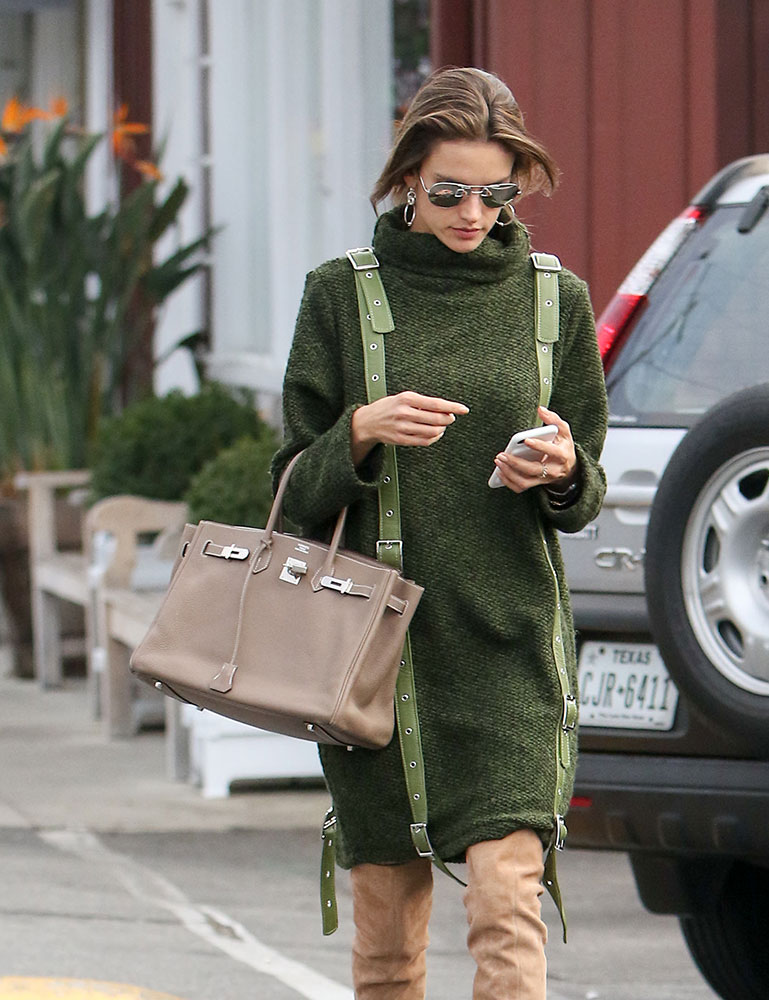 Ariel Winter has been particularly partial to Céline bags lately. We just saw her with a black leather Céline Nano Luggage Tote a couple of weeks ago, and now here she is with a red Nano accented with a matching Fendi Bag Bug. 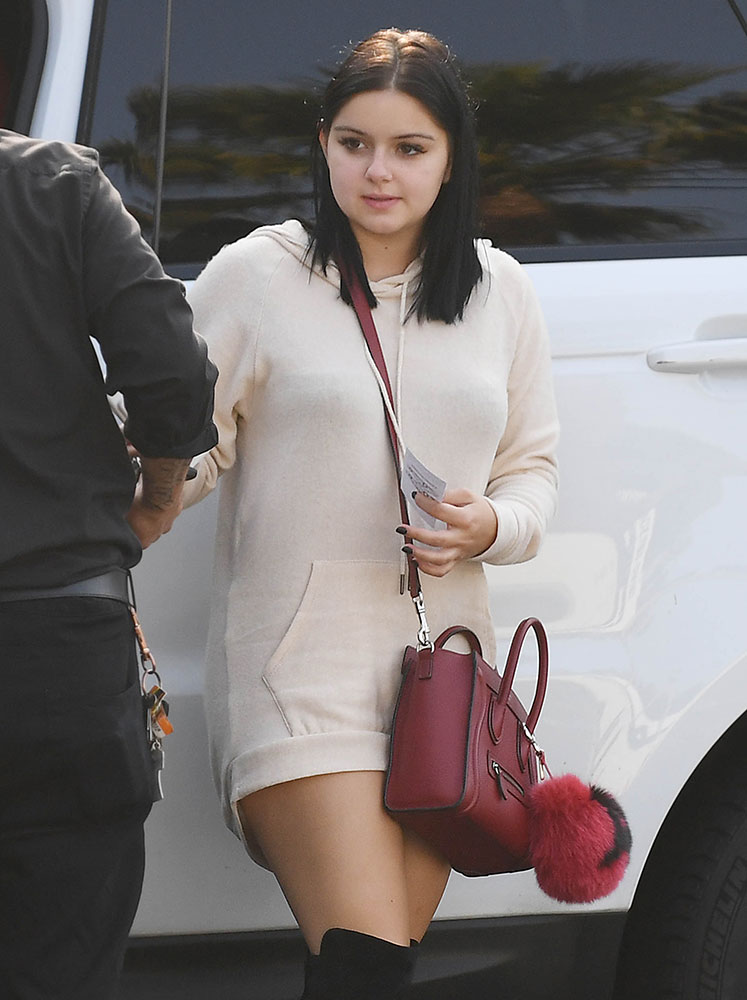 Here’s Gigi Hadid, out and about in NYC with a black leather Mansur Gavriel Lady Bag. The Lady Bag first made its debut back during NYFW 2015, but never became quite as omnipresent as the Mansur Gavriel Bucket Bag did. That could always change, however. 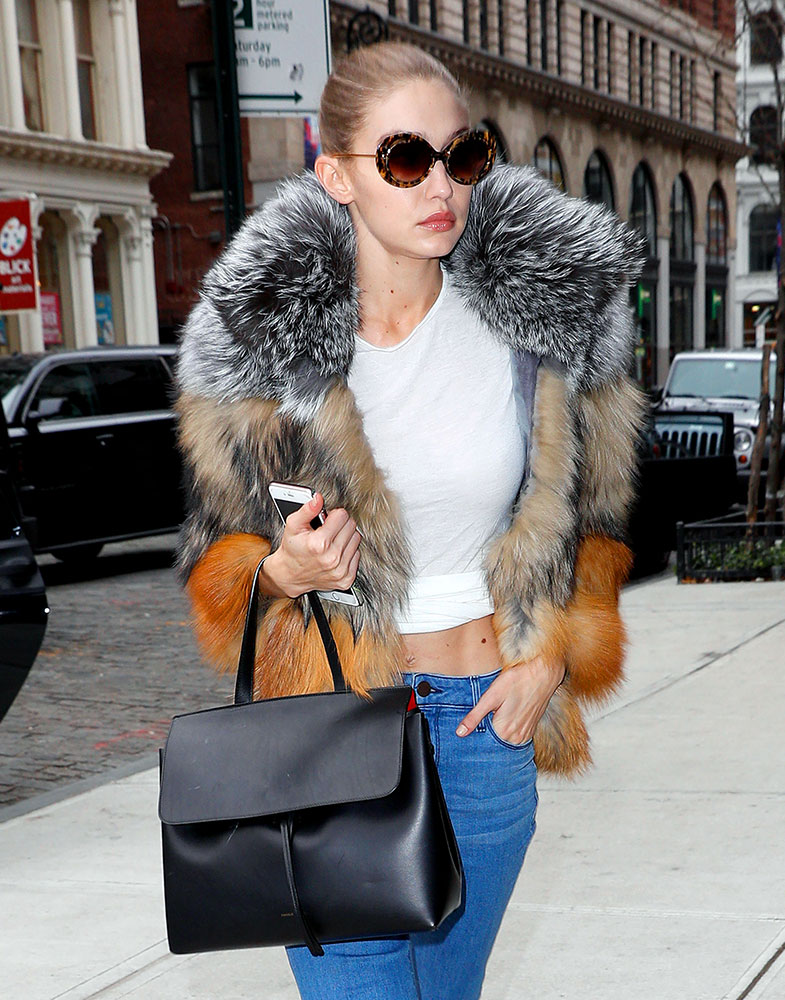 If you look past all the shameless self-promotion involved in this outfit, you’ll notice that Lady Gaga is carrying a gorgeous little natural leather Mark Cross Grace Box Bag. These bags have been something of a sleeper hit with celebs over the last two years or so. 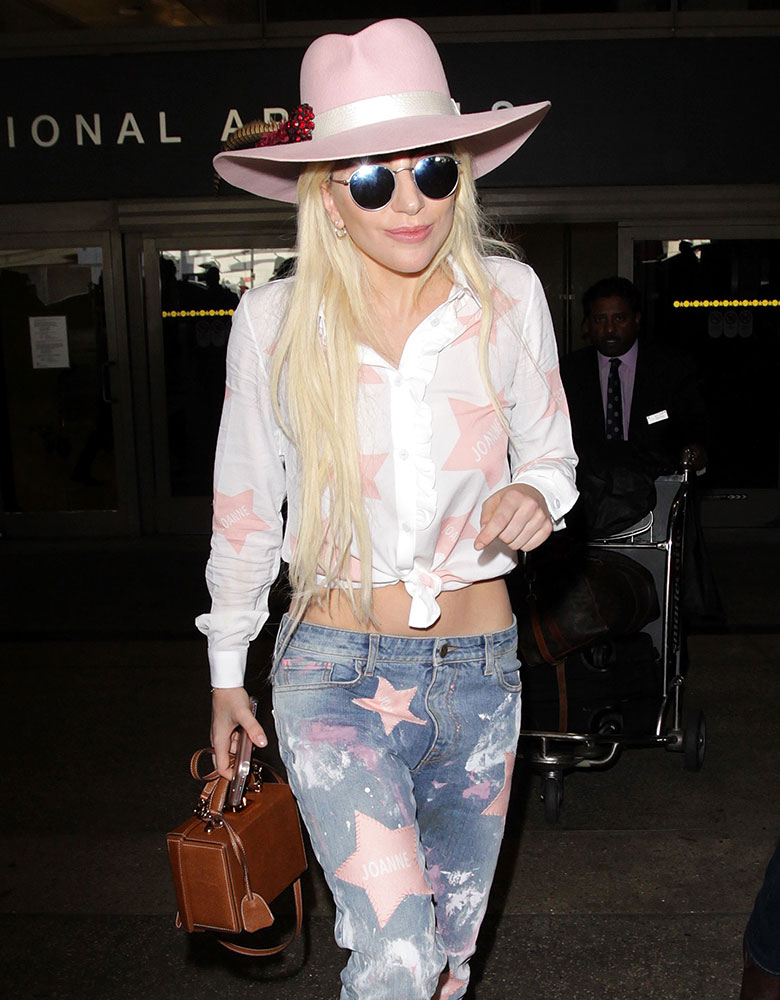 Here’s actress (and royal squeeze) Meghan Markle, heading to yoga in Toronto with her yoga mat and a beautiful burgundy Mulberry tote in tow. Can’t help but wonder if this bag might’ve been a gift from someone. 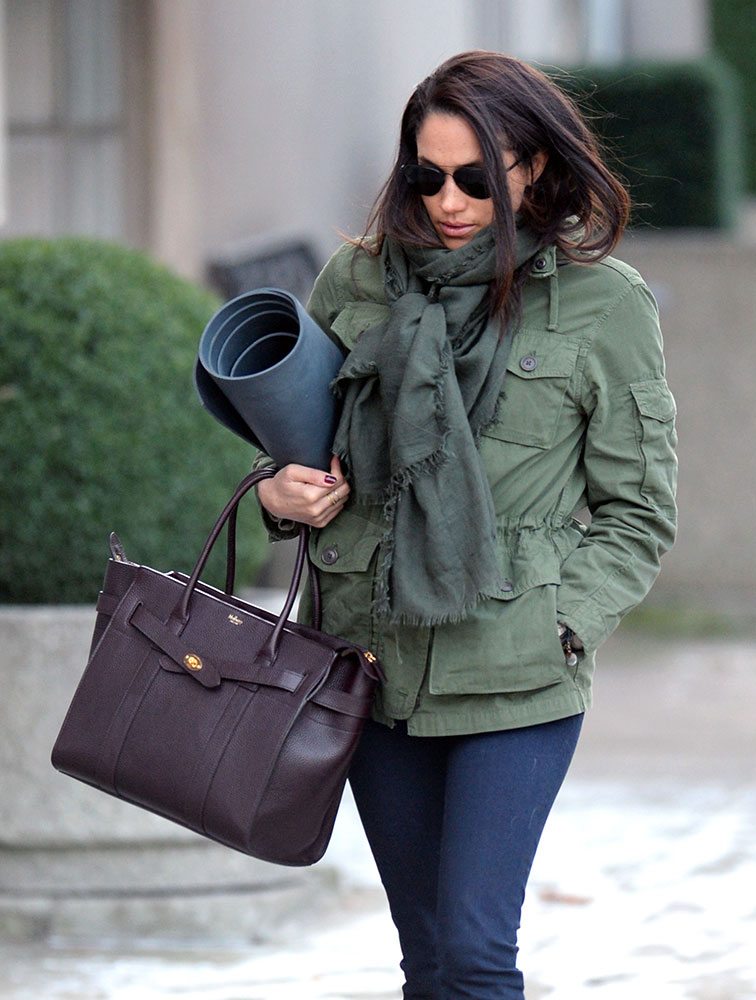 Paps caught up with Melanie Griffith right at the arrivals gate at LAX. She’s ferrying her Louis Vuitton luggage into the airport, and giving us a coy smile that says “I suspected members of the press would be here.” 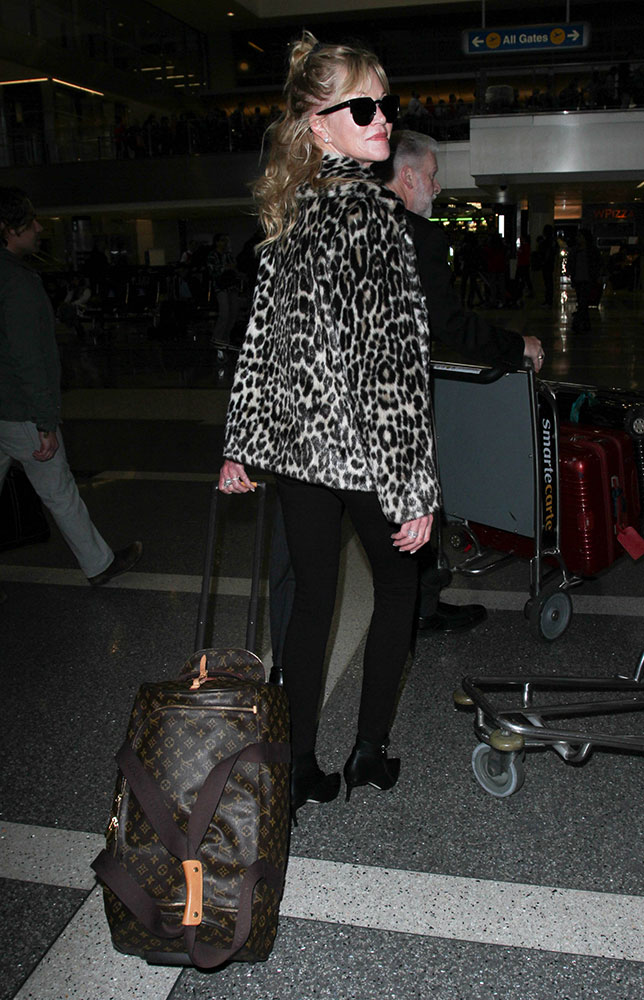 Ri-Ri is also feeling the Louis Vuitton vibe this week. Here she is carrying a petite Louis Vuitton Palm Springs BB Backpack on the set of Ocean’s 8 in NYC. Are you aware that they’re doing an all-female Ocean’s 11 reboot? Don’t pretend you’re not excited. 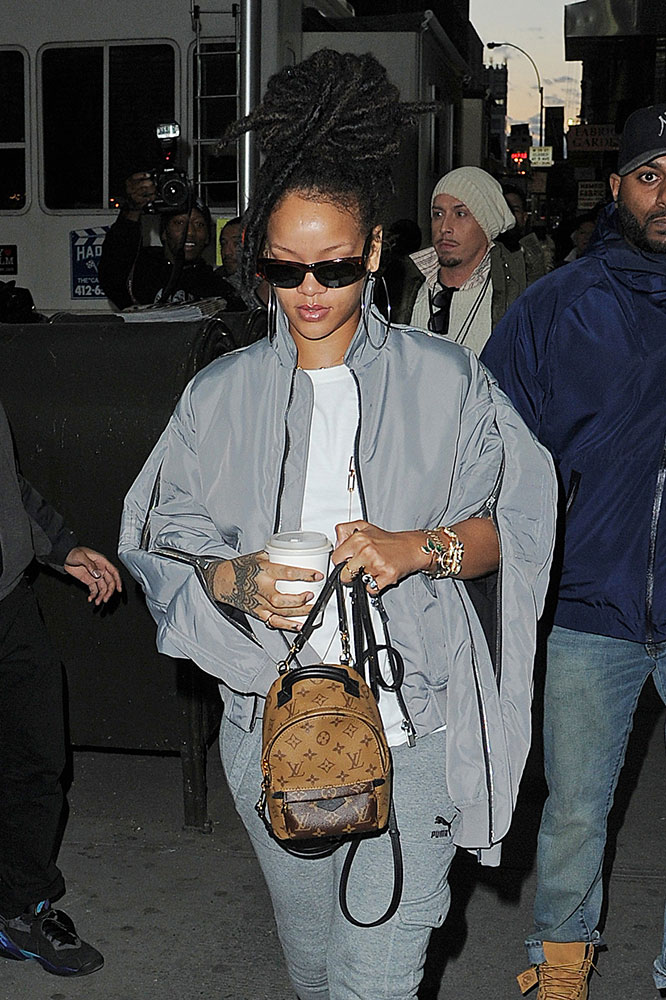 Finally, here’s actress Sanaa Lathan, on her way to dinner at Catch with a lovely navy blue quilted leather Chanel Flap Bag. Catch continues to reel in each and every celebrity who lives within a 50 mile radius of the building. 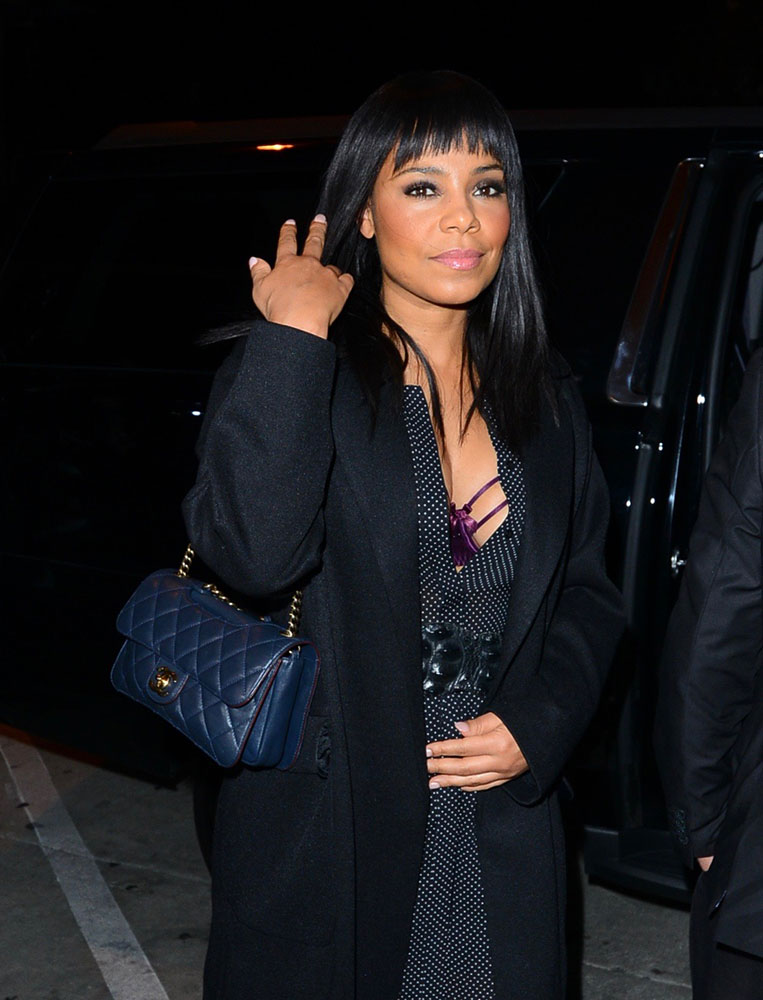 How Mansur Gavriel Created the First Post-Recession It Bag

The Best Red Carpet Bags from the 2017 Golden Globe Awards

The 2017 Golden Globes marked the beginning of awards season last night(8,Jan), and it did so with more clutches on the red carpet than we’ve seen at a major ceremony in quite some time. There was no one leading brand or look; instead, the nominees, presenters and attendees found lots of creative ways to accessorize […]

A Brief of Fashionable Camera Bags

While specific bags are a matter of taste, you don’t have to sacrifice style for solid protection of your camera gear. If you are looking for a fashionable camera bag as a gift for yourself or your favorite photographer, here are some camera bags that allow for practical protection of expensive gear and don’t detract […]

Backpacks are so hot right now and you know what? If you really decide to purchase a backpack, it might as well be the latest Louis Vuitton Reversed Monogram Palm Spring Backpack. Take a closer look at the bag that our friend James has purchased. Together with the Contour Kelly Bag, these are the best […]